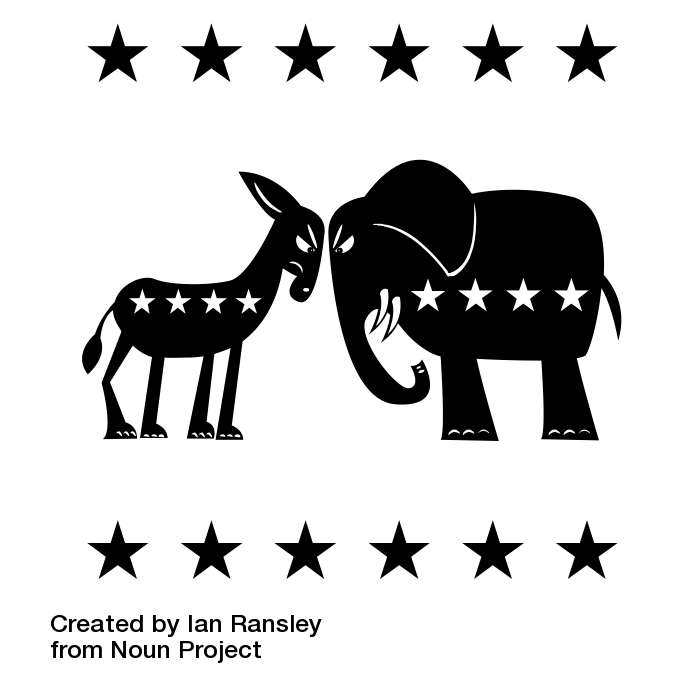 In less than one week, the world will end.

Off in the backcountry and hidden along forest roads, even I can’t shake the building tension. A defeatist atmosphere prevails over the formerly United States of America. The election countdown has become a doomsday clock. As that count winds down, half of the country expects the worst.

Which half you ask?

The half-convinced it might lose. The half certain the election of one or another white, male septuagenarian to the highest office will spell the end times. The half convinced we will be dragged into civil war. The half who sees the fortunes of the entire country riding on one vote. On one man’s every word.

Far away from it all, as usual, I’ve got a distinctly different view.

Political policy can alter the course of a nation, but ultimately, the winds of change will determine the fate. Fight against them, you arrive much too late. Sail with them at your back, you arrive fully prepared and ahead of schedule.

A decade ago, our government handed out one of the largest financial bailouts in history before 2020’s pandemic. Of those industries receiving funds, the automobile industry stood first in line.

Mitt Romney famously claimed the bailout would end the American automobile industry. Over time, Obama’s supporters declared the move a resounding success. Little did either know, the American auto industry died long ago of self-inflicted wounds.

What caused that death? A shift from their core business. A lack of desire to innovate. A stagnant worldview that led them to seek their profits as moneylenders, not car manufacturers. Their rescue wasn’t to save the legacy of Detroit steel, but simply an extension of the larger banking crisis.

Or were they a late-comer? With the news today, you’d never know they pioneered the EV way back in the nineties.

In 1996, GM launched the first mass-produced electric vehicle. After only six meager years with fewer than twelve hundred vehicles produced, they ended the program.

True, the technology had yet to mature. Battery technology in particular wasn’t what it is today. The introduction of smartphones greatly sped up the development of more efficient portable energy solutions. GM struggled with this problem in their short production run.

But couldn’t a company the size of GM not have helped bring about those same advances?

What destroyed the program was politics. California expanded its zero-emissions policy to encourage automakers to produce EVs as soon as GM proved the concept to be viable in the nineties. A political, not scientific or rational, fight ensued.

Evidence later suggested GM sabotaged its own efforts after finding EVs would gut their lucrative parts market. Fossil fuel industries lobbied to water down California’s regulations. They claimed the consumer wasn’t ready. That the project was doomed to fail.

But Elon Musk himself cited GM’s cancellation of the EV1 as a major motivation for launching Tesla in 2003.

The same year GM ended their last lease of the EV1 and hauled them off to be crushed at a junkyard.

Let that sink in. GM could’ve been the first Tesla motors thirty years ago.

No market? Not enough viable technology? Tesla, launched the same year GM threw in the towel, is now the most valuable carmaker in the United States. Their 93 billion dollar market cap nearly doubles GMs.

Politicians (Democrats I should add – but I’m not trying to incite partisan furor) handed GM money for failure, for turning their back on the future, while simultaneously watering down support for a transformative technology.

With the winds at our back, they lowered the sails.

But what does this mean for America now? All the political strife? The constant barrage of partisan conflict?

It means the world won’t end next week.

True, we have more than technological issues at stake. There are societal ones as well on the ballot. But the fact is, politics can’t stop progress.

They can erect roadblocks. Slow adoption. In extreme cases, they can launch wars to quell the forces of change. But aside from a nuclear Armageddon or an errant asteroid, those forces will continue to shape us, push us forward.

Are we helpless then? What can we do? How do we ensure humanity continues to make strides forward and not back?

Vote, for one. I’m not saying it is a pointless exercise. Make your voice heard, whoever you support. Some choices will provide more resistance to change than others. But as the voters, the deciders, we must also then hold those elected accountable for our future.

Red and blue will inevitably fail us. They’ll try to tell us what’s best. We need to tell them. That’s what democracy is all about.

Ultimately, we must be the catalyst for change starting in our own personal lives. I firmly believe individuals will increasingly control their destiny in the coming days. Voting makes certain your principles are shared with the larger community, but to lower resistance to change, you must be willing to act on those principles.

No personal transformation will be perfect. You’re human, after all.

For my part, I want to ride those future winds, not fight against them. I’ve gone to extremes to put my life in line with my values. But one regret I have is my continued reliance on fossil fuels. I’m no hardcore environmentalist, but I know a dying and self-destructive industry when I see one. The future lies elsewhere.

Yet, my carbon footprint has been greatly reduced from our pre-nomad life. We drive far fewer miles per year, spend less on fuel overall. No more daily commutes in stop and go traffic. We gave up our 2900 square foot home, impossible to efficiently cool in sweltering Texas summers. Instead, we migrate with the seasons, staying ahead of the need for climate control whenever possible. My next project? Expanding our solar capacity so we can go further off grid. Be more self-sustaining.

Despite the roadblocks, I will keep moving forward.

In the not so distant future, beyond the entrenched politics trying hard to claw back yesterday and halt progress, citizens will own more of their world. Data, food, energy – technology will eventually provide a means for us to create these things ourselves and not have them extracted from our environment, portioned out by governments and giant corporations.

To prepare, do your best to ignore the lure of the safe and familiar. Boldly step forward and claim your piece of the future. The future you want to live in, not the one you’ve been told to settle for.