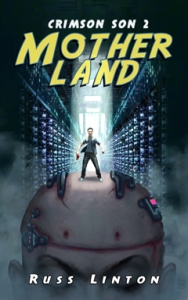 All Spencer really wanted was a normal life. College. A job. Maybe a research fellowship which culminated in freeing his mother from the psychic snow globe where he last saw her…

Then again, “normal” might be too much for the powerless son of the world’s most dangerous Augment to ask for. Spencer is soon sucked back into his father’s world of weaponized superhumans.

Augments long forgotten have emerged from their former prison with their powers amplified. While Spencer and his team race to contain the threats, a digital cabal weaves a vision of the future as infectious as the computerized plague set to deliver it.

The Avengers meets Mr. Robot in this thrilling superhero universe. Advance readers have called the plot “scary brilliant and hopefully just fantasy”. But will it become Spencer’s new reality? Buy your copy today and find out!