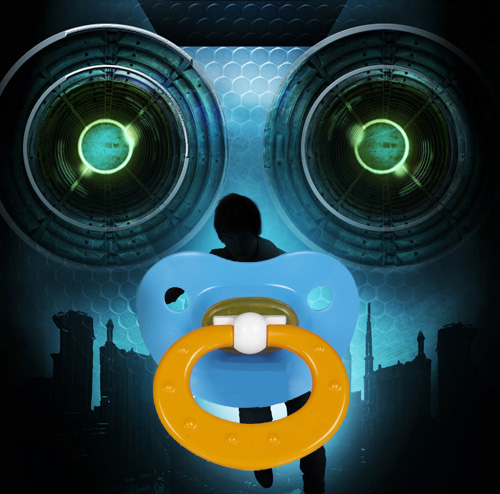 I know, I know, I missed my normal posting schedule this week. I’ve been a Monday / Wednesday (with the occasional Friday) poster for months now. But I have a good reason.

My baby is eleven months old and he’s a real handful. A bouncing baby boy who will, before the end of the year, have siblings (we’ve seen the ultrasounds and OMG are they frightening.) He’s been quite the handful.

Loud, obnoxious, and extremely outspoken for his age, I can only attribute this to the nearly two year gestation time wherein something most certainly went wrong. He’s top of the class in trouble-making, demands constant attention, and though I thought he was maybe a touch behind on his motor skills, he just finished a marathon and placed reasonably well for his age category.

At daycare, he’s the kid you tell your kid not to hang out with. He eats paste. But not like the other kids. He has a pallette for the stuff, preferring certain vintages of Craftbond glue sticks for their woody notes.

June 14th, my boy will be a year old.  His proper nurturing has consisted of a series of spreadsheets, shameless and highly public doting, along with loaning him out to the highest bidder.

Nearly a year on and I’ve been going back over the numbers for Crimson Son. I have a fairly detailed spreadsheet where I track sales, social media, and advertising efforts. I ran that through some tests and complex formulae (actually, I eyeballed some shit – changed a diaper or two). It was full of lots of very useful information and nuggets of truth (Wow this analogy got seriously disgusting). But the useful information was mostly this: You’re doing it wrong.

I can sell books. I can now safely say I’ve sold thousands of books (barely thousands…) What I haven’t done though is sell them efficiently.

If you noticed, I’ve been doing some experimentation. Giving away books. Trying to build a list of people that want to read my books so I stop annoying those that don’t. And cross-promoting with other authors like with the amazingly successful Storybundle.

I’m also taking a really close look at how I spend my time as a self-published author. Time is any writer’s greatest enemy. If you’re self-pub, you simply need more hours in the day to write and market and publish. Most try to balance all this and a full time job. I’ve been that route and desperately don’t want to go back. So I need to make this work and work well.

The reason I’m telling you all this? Things might change around here on the blog. I might fade away from social media platforms and explode on to new ones. I simply don’t know.

But if you enjoy my fiction, if you like character-driven stories told for the young at heart and old souls alike, keep an eye on this space. Sign-up for the mailing list so you can pass the time reading a free copy of my latest, Empty Quiver, on me.

My boy’s down for a nap at the moment, but he just learned to run so look out.