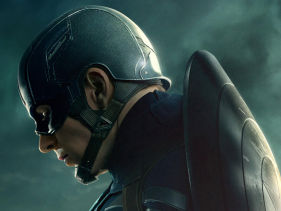 I recently tweeted about Marvel’s latest installment in the Captain America franchise as a must-see for comic book and action movie fans alike. Despite what I’m about say, I stand by that. The plot is well-paced, the characters all have a strong screen presence and easter eggs for comic book geeks such as myself are scattered throughout the movie and ending credits.

I used to review movies for a now defunct spec-fic publication, The Speculative Edge. It was a fun gig where I got to go to a movie once a month and stuff the receipt in my “business” folder. There was plenty of snark and rarely a soft pitch thrown. Had I been reviewing Winter Soldier, I’d have a lot more to say.

In short: Yes, it’s a must-see for action movie and comic book fans. But, frankly, I think all the hype about it being a spy / thriller is a bit overblown. Perhaps Robert Redford’s gravitas helped puff up that claim. The super-powered action utterly overshadows any sort of subtlety which a spy / thriller normally demands. You find yourself simply sitting back following the Cap and his allies from well-choreographed fight scenes to CGI explosion-fests, one after another. In the storm of images, the entire reveal about the dark forces doesn’t really have the impact it should.

The movie had me thinking about my own book, Crimson Son, which also includes several spy / thriller elements. In fact, in the past year, I’ve seen some obvious parallels with Iron Man 3 and now Winter Soldier and my book, both of which I hadn’t seen until well after I was through the final draft. So many ideas are recycled and re-used, the devil is always in the details about how you present those ideas.

Captain America and your typical superhero stories are all based on this old-school idea of masculinity. At first, Steve Rogers can’t possibly be a super solider, even with all his determination and willpower. He only claims that title once the program alters him.

In Crimson Son, I intentionally explore the idea that this transformation isn’t necessary. That it can even be detrimental. Winter Soldier hints at this, but the product of one super-soldier program can only be stopped by the product of another similar program that cranks out nigh invulnerable human beings. In reality though, real heroes are the ones who have something to lose.

Winter Soldier was a kick ass movie and I look forward to every one of these films which Marvel can crank out. Straight from my boyhood fantasies to the big screen, this past decade of super heroes and genre fiction in film has been a wonderful ride. In my writing though, and my novels, I opt for a tad more depth. Hopefully you enjoy the results this June.