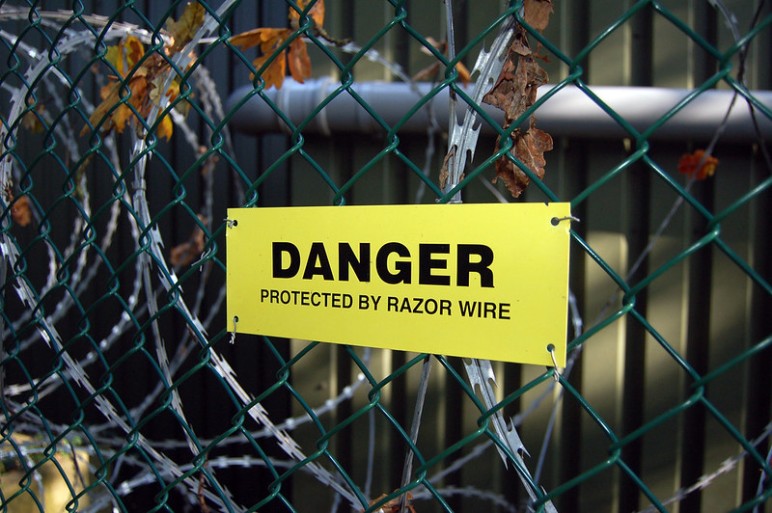 One of my short stories originally published in the anthology, Redacted, – Jan. 2014. Republishing here because it has some relevance to the new world we find ourselves in….

Remy never figured things would go down quite like they did. A country tossing ICBMs was more likely. Or maybe those “terrorist” actions being run by Zionist cabals would continue to escalate and incite martial law worldwide. That was more like it. But no, FEMA and the jack-booted thugs in the Federal government had gotten all creative on him. Even NASA pitched in—an acronym with one extra “A” from those on his usual watch list.

Of all the treasonous, privacy invading, thieving things the so-called government was known for, creativity wasn’t one of them. Stagnation? Hypocrisy? Sure. But this?

No matter, Remy was prepared, unlike the rest of the world. Two years of food, several hundred gallons of fuel and water, and a stockpile of ammunition for everything from his glocks to a black market RPG.

He remembered the smug looks from the television crew he let into his compound last year. They filmed for a week, asking all kinds of bullshit questions and sating their liberal entertainment empire with an attempt to mock him for ratings. “Reality TV” they called it. I wonder, thought Remy, how’s their reality now?

A sliver of dawn ignited the compound’s perimeter for his early morning patrol. So far, the fence was intact. Razor wire clear. Undisturbed.

He could crank up the generator and send several thousand volts through the chain-link fence if need be. That was for emergencies though, because his fuel would only last so long.

He heard the fence rattle as he rounded the last corner. Bringing his AR-15 to his cheek, he sighted along the chain-link web. Halfway down, a figure lay crumpled atop the fifteen feet of woven steel.

They’d thrown a sleeping bag over the top of the razor wire, tried to climb, and ended up completely enmeshed. Must’ve gotten tangled up sometime after his last patrol nearly four hours ago. He approached with his sights locked.

The man’s face turned toward him, caged in wire, clumps of white sleeping bag fill clinging to his stubbly face. “A little help here?”

Remy shot him between the eyes.

The man twitched, the fence rattled louder in his death throes. Remy stalked forward. He fingered the trigger and a second shot thumped beneath a dangling arm. Cotton puffs rained down like errant snowflakes and the chain link fell silent.

It could be weeks before the stragglers in the city thinned. He’d be dealing with these incursions until they did. Desperate people, looking to take what he had. He reasoned he’d done his best to warn them. Lack of preparation was their own damn fault. Now, he’d have to figure out a way to disentangle this fool. How many more?

Remy disappeared into his compound and returned with a ladder, a pair of latex gloves dangling from his pocket, and a broom handle. With his rifle slung across his body, he set the ladder several feet back from the fence and began prodding with the broom handle, doing his best to balance while forcing the corpse to the other side.

The toothy grip of the razor wire was unyielding.

He needed better purchase. He snapped the latex gloves on and positioned the ladder right against the fence.

Remy placed a hand on the corpse’s shoulder and tried to shake it free. “How the heck you get so wrapped up in there?”

He cursed himself for not bringing the wire cutters.

He shook with both hands now, the ladder titling. A strand of razor wire whipped out, slicing his arm. He withdrew his hand and, without thinking, clamped down on the cut. Fear raced through him.

The news reports had sounded convincing. Desperation tinged the newscaster’s voice. A story that started in the ticker and rose to dominate the headlines — microscopic life found, international scientists gathering to examine samples. Within weeks, an unidentified plague was supposedly racing through the world.

They claimed the epicenter was NASA. When things got worse, AM radio carried the same desperate updates of cities falling, countries dipping into anarchy. Finally only the shortwave squawked until the world’s once buzzing airwaves fell silent.

All lies. He knew it. Somewhere, the President in a four-star bunker the President sipped his gin and tonic, happy to have the world’s arsenal of guns all to himself.

No, that talk about Mars probes was just that, talk. Remy could tell CGI from real life, and like with their “reality TV”, the media’s only purpose was to spread government lies. Nearly seven decades ago they’d filmed the moon landing on a sound stage. Now this Mars stuff was all just fancy computer graphics.

Remy watched the blood trickle from his arm. Flesh, muscle and beneath that, bone. He was real. Human. Living on the only planet where God intended life. How could he believe those fairy tales? Grabbing the body with both hands, he forced it over the fence where it fell into a crooked heap.

Doubt subsided. This was big brother’s cover for their power grab, no doubt about that. He would continue to hole up and wait, ready to pop the first jarhead that came for his guns under this so-called ‘national state of emergency’. Descending the ladder, blood trickled from his raked forearm. Superficial cuts, Remy knew. On his hands, a smear of crimson from deep within the core of a once living man. He’d wash it off when he got back inside. Only enough to get the blood off; water was his most precious resource and had to last. He didn’t plan on crossing that fence anytime soon, Martians or not.

Martians. He laughed out loud. Little green men at my gates. I’ll put a bullet between their eyes, too.