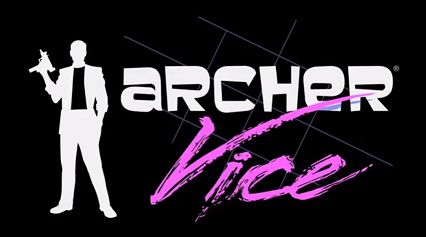 Once again I find myself on the cutting edge of creativity and originality. Or, well, maybe just a few inches behind that edge. Possibly more.

Like when I wrote a book about the nineteen year old son of a powerless superhero, shopped the manuscript around a bit, decided to go self pub and then Steelheart hits the shelves.

Or when writing that exact same book, I decided to include elements of Spencer’s struggle with PTSD and sometime during the second draft Iron Man III was released with a similar character arc. In fact, I even briefly described a group of terrorists in the book (lackeys of the Djinn) who had undergone a backwoods version of the Augmentation process and were unstable human bombs. (I cut that entirely.)

This time I’m not actually ahead of the curve, but with Netflix, I can pretend like I was. I don’t watch much television only because I keep a pretty hectic schedule and not because I’m too hip for the boob tube (see what I did there?). I do binge watch a few series on Netflix when I can.

So, lo and behold, when I was in the middle of a bout of insomnia and catching up on whatever Netflix-purgatory season Archer was showing, I found that I was once again ahead of the creative curve, in that uniquely sleep-deprived, hipster-enabled-time-travel sort of way. Turns out, the entire plot arc for  Archer Vice was based on exactly the same premise of one of my stories in Empty Quiver: Tales from the Crimson Son Universe.

Codename: Danger tells the story of Reggie, an Augment who was given a sixth sense for danger. The events take place right in the middle of the covert era of the program. Augments have been moved under the purview of the CIA and are no longer fighting openly on the battlefield. They’re running in secret operations and proxy wars where the government requires plausible deniability.

Originally, the story opened with Reggie playing back seat driver for a Humvee racing down an IED-laden street. It was an image that captured the fear and urgency I wanted for the story. But the events were way out of whack with the universe’s timeline.

I’ve regularly used real world history to guide Crimson Son. I suppose this could be considered borderline historical fiction – Augments standing in for nuclear weapons, taking part in real world covert actions. (Want to see the inspiration for Crimson Mask’s bunker apart from the Fortress of Solitude?) For the story, I needed to dial back the clock from the early 2000s to the early 80s. I needed an event that tied into US covert operations with Reggie’s personal history.

I went with the Iran Contra affair.

During that odd confluence of events, the U.S. supplied support to the Contra rebels and even direct payments to known drug traffickers so they could provide “humanitarian assistance.” In the years to come, a Senate investigation and several journalistic efforts revealed these details. There were no direct links made but there was plenty of indirect evidence that the program had influenced the spread of cocaine inside the U.S.

Apparently the writers of Archer found this seriously fucked up situation to be worthy of their brand of scathing, raunchy satire. If you’re into that sort of thing, like I am, they were right. It’s a hilarious backdrop for their season.

Not so hilarious is the fact that I’m still riding right behind that creative curve. One day, I’ll overtake it and do something really original. Then again, maybe not.

Several times I’ve had authors tell me they have ideas which have never been done before. One I recall was a non-fiction Tao of Star Trek type book, but with a different “Tao” than someone had ever inserted into their Trekkie convention program-filler. The other was a sci-fi book based around the central premise of biological uplift. Because nobody had ever done that before…

It isn’t that either of these were bad ideas, but where the authors were getting it all wrong was in their insistence on the untainted originality.

Why? Because there are no new ideas. This has been known for some time now.

The venerated sci-fi, dystopian classic, 1984 was very nearly a re-write of the lesser known Russian novel, We by Yevgeny Zamy.  (A novel which Orwell had read and reviewed.) More recent dystopian fiction like Hunger Games owes a substantial debt to Battle Royale, which has an open tab with Running Man, Lord of the Flies and on back to 1984; the chain is never ending.

Everything has been done before. It’s all about the execution. Your voice. As a writer you don’t sell ideas but your individual take on those ideas.

Hopefully, my own take on that dark, confusing piece of US covert affairs works out. I can’t wait for you guys to let me know. If it doesn’t, well, step into the hipster bubble of non-current-TV-watching with me and check out Netflix’s latest Archer season. Apparently, they called dibs.

6 thoughts on “Just Say No to Originality”